The NPA Managing Director Anna May McHugh announced at the recent ‘Ploughing Prizewinners Awards Banquet’ that the 89th National Ploughing Championships will return again to the superb site in Ballintrane, Fenagh, Co Carlow following such as successful event this year.
The site was confirmed as the ideal location for the 2020Championships at the prize-giving ceremony attended by over 500 in Tullow.

Speaking after the announcement the NPA Managing Director Anna May McHugh said “We are delighted to be returning toBallintrane, Fenagh, Co Carlow, as the picturesque siteprovided all of the key criteria required to qualify it as a brilliant place to stage the National Ploughing Championships.
“I would also like to take the opportunity to thank the people of Carlow for all of the goodwill and support this year in running the most successful National Ploughing Championships to date with 297,000 visitors and over 1,700 exhibitors.”

Anna May McHugh also congratulated all of the winners who were awarded at the prize-giving ceremony, and commented “that all of the hard work and training throughout the year has truly paid off so you should all truly enjoy your triumphs.” 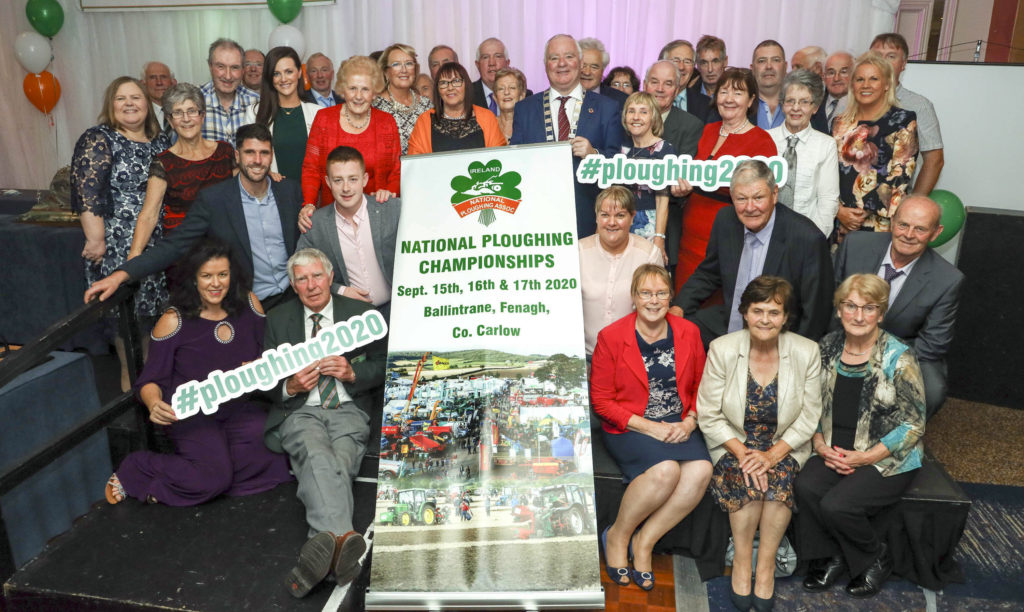 Again John Whelan from Wexford was the overall National Reversible Ploughing Competition winner and Eamonn Tracey the Conventional Ploughing winner and they will compete in World Ploughing Contest in Russia next year.