The Innovation Arena is open to Irish businesses large and small and entrepreneurs within the agri-sector, giving them the opportunity to showcase their pioneering innovations to over one hundred thousand visitors that the National Ploughing Championships attracts each year.
Judging for the awards will take place at the arena throughout the three-day event featuring categories such as best agri-technology start-up, best agri-engineering established company, young innovator of the year and best agri-environmental enterprise. The over-all exhibiting winner of the Arena will be eligible to win up to €15,000 and will be presented with the prize at a formal awards ceremony during the National Ploughing Championships.

Last year’s competition attracted over 100 entries: 60 were shortlisted as 2018 finalists and invited to exhibit in the Innovation Arena Minister for Business, Enterprise and Innovation, Heather Humphreys TD said:

“I am delighted to launch the Enterprise Ireland Innovation Arena at the National Ploughing Championships. The government through Enterprise Ireland is committed to supporting regionally based companies and entrepreneurs and our focus through the Future Jobs framework is to ensure Irish Companies are resilient in the face of new challenges and embrace new opportunities and technologies. The Innovation Arena is clear proof that Ireland is leading the way for innovation in the agri-engineering and agri-technology sector and I encourage all budding entrepreneurs and established enterprises in the field to enter what is a fantastic showcase platform at this prime three-day event.”

Mark Christal, Manager, Regions and Entrepreneurship, Enterprise Ireland said: “Enterprise Ireland is committed to supporting companies and entrepreneurs with global ambition where innovation is at the core of their business offering – the Innovation Arena at the National Ploughing Championships is a key platform for promoting the Irish Advantage where the top innovations are showcased to both a captive domestic and international audience. Over 100 international buyers visited the arena last year and we expect this number to increase for 2019.”
In addition, this year’s Arena will feature a conference centre, delivering a focused briefing on the Agritech sector in Ireland, hosting seminars on key issues affecting the agri-sector including Brexit and Global markets and will facilitate important networking opportunities for those attending,” he continued. 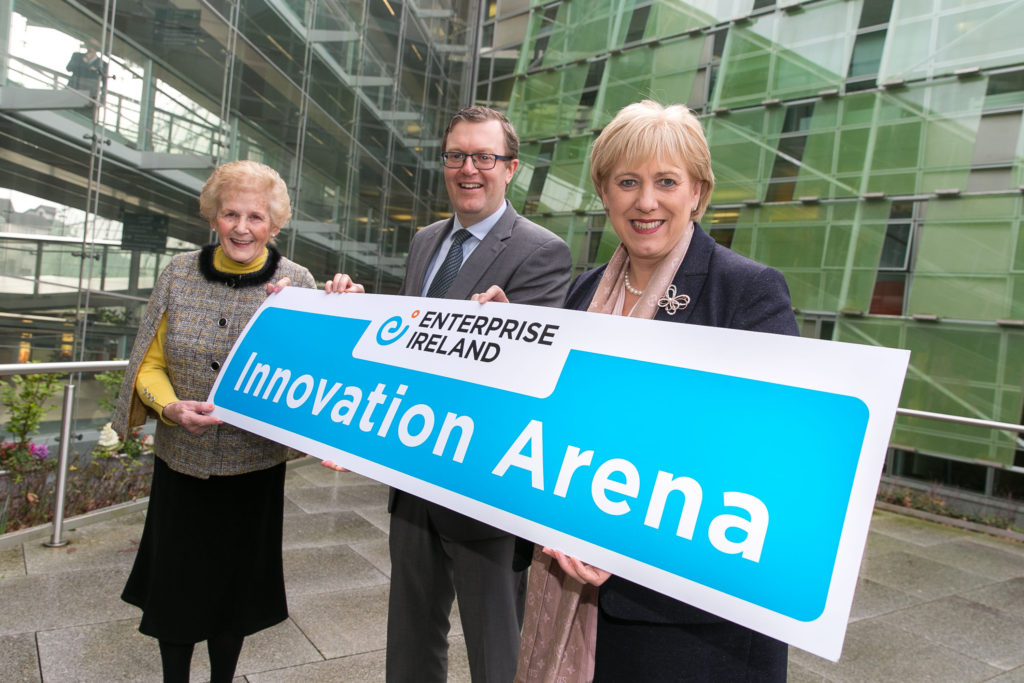 Anna May McHugh, National Ploughing Association said: “We are delighted to be partnering with Enterprise Ireland to host the Innovation Arena for the 5th consecutive year. The Innovation Arena at the National Ploughing Championships is an opportunity not to be missed for anyone who has a good business idea, product or service to showcase at Europe’s largest outdoor event. Located at the core of the activity, the Innovation Arena will attract tens of thousands of visitors over the three days where an exhibitor is guaranteed prime positioning in front of a targeted stakeholder audience.”