Congratulations and well wishes are pouring in from all over Ireland this morning following the announcement of the results of the World Ploughing Contest in Vestbo, Denmark yesterday night. Ireland’s representatives on the world stage, Mr Eamonn Tracey and Mr John Whelan won 1st and 2nd place respectively for their country. Carlow man Eamonn Tracey fought off tough competition to win 1st place for Ireland with an outstanding performance in the Conventional class. While neighbouring county Wexford man secured a silver victory in the Reversible class.

Both seasoned ploughmen, Eamonn has represented Ireland on an international level 10 times, and John has competed 7 times in the World Ploughing Contest. Both men have been previous World Champion Ploughing winners in their respective classes.

NPA Managing Director Ms Anna May McHugh said “this is a fantastic win for both men and Irish Ploughing as a whole. Since winning the Nationals last year to qualify to compete in the World Ploughing Contest, the men have been working extremely hard preparing and now all their efforts have paid off. They have made their country extremely proud, congratulations and a very well done to them both and all of their families.” 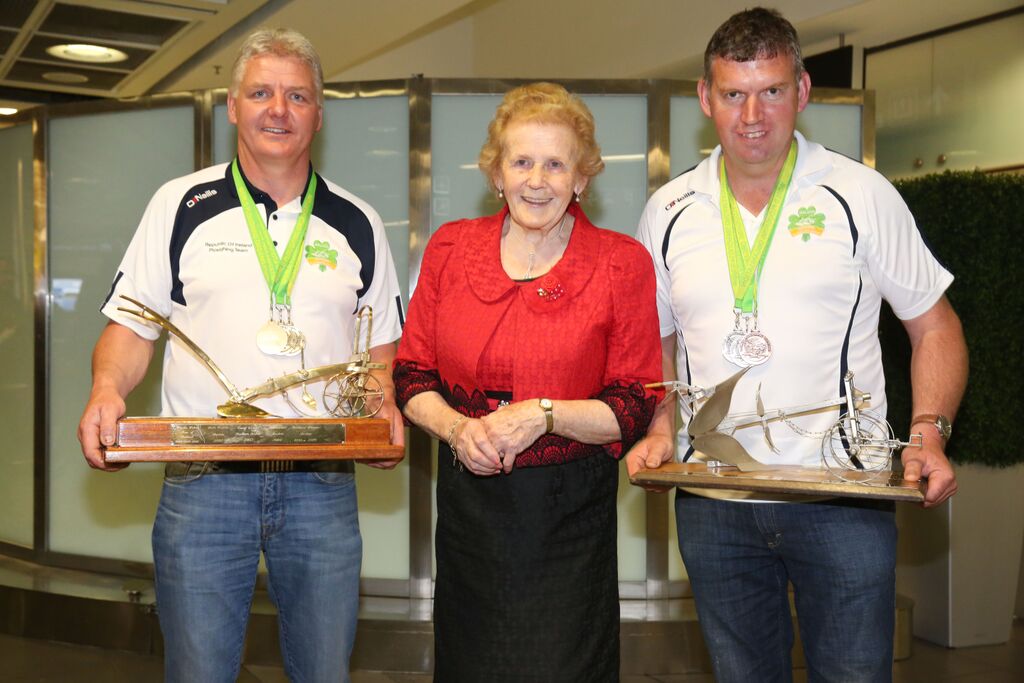 General Secretary of the World Ploughing Organisation Ms Anna Marie McHugh said “Ireland have always been highly respected in terms of producing ploughmen to compete on the world stage. However, Eamonn and John are held in particularly high esteem not only in Ireland but across the international ploughing community. Given the high level of competition here in Denmark throughout the contest, this is another great result for both men and further enhances their reputation as Masters in their field.”

The Irish team were coached by Joe Slattery from North Tipperary and joined by Judge Brian Mahon from Offaly. Kverneland were the proud sponsors of the victorious Irish team again this year.

Heritage Tours Wexford is proud to announce that it is participating in a new scheme in association with Active Retirement Ireland called Seniors Card.  Participating members offer discounts on a range of goods and services to the over 60s and everyone in Ireland is eligible to receive a card.  So if you and your group fancy a few days sight seeing in the sunny south east county of Wexford why not contact Cathy for more details on 087 3299900.
Www.heritagetourswexford.ie