Tuesday 20th of September sees the return of The Portwest All Ireland Welly Throwing Competition to the National Ploughing championships in Rathiniska Co.Laois. It will take run over the 3-day event from 10am each morning.
The event has got some fantastic support in previous years with Mary McAleese, Dermott & Dave and Ray Foley amongst those who have taken part.
This year’s chosen charity beneficiary is Teac Tom. Teac Tom provides mental health support and suicide intervention services to those in need.
Martin Foran – National Sales Manager for Portwest has said, “The Portwest team are really looking forward to a momentous week at this year’s Ploughing Championship and hopes everyone gets involved with the Welly Toss given the great work Teac Tom do.

‘Portwest is a workwear and PPE supplier and manufacturer. The company started out as a small local drapery in Westport in 1904 and has grown to become one of the biggest workwear suppliers in the world. They also produce a range of Outdoor and Leisurewear for Irish customers, that are sold in their four stores in Westport, Galway and Killarney. The Portwest Outdoor and Leisurewear range is also sold in Elvery’s stores nationwide.’ 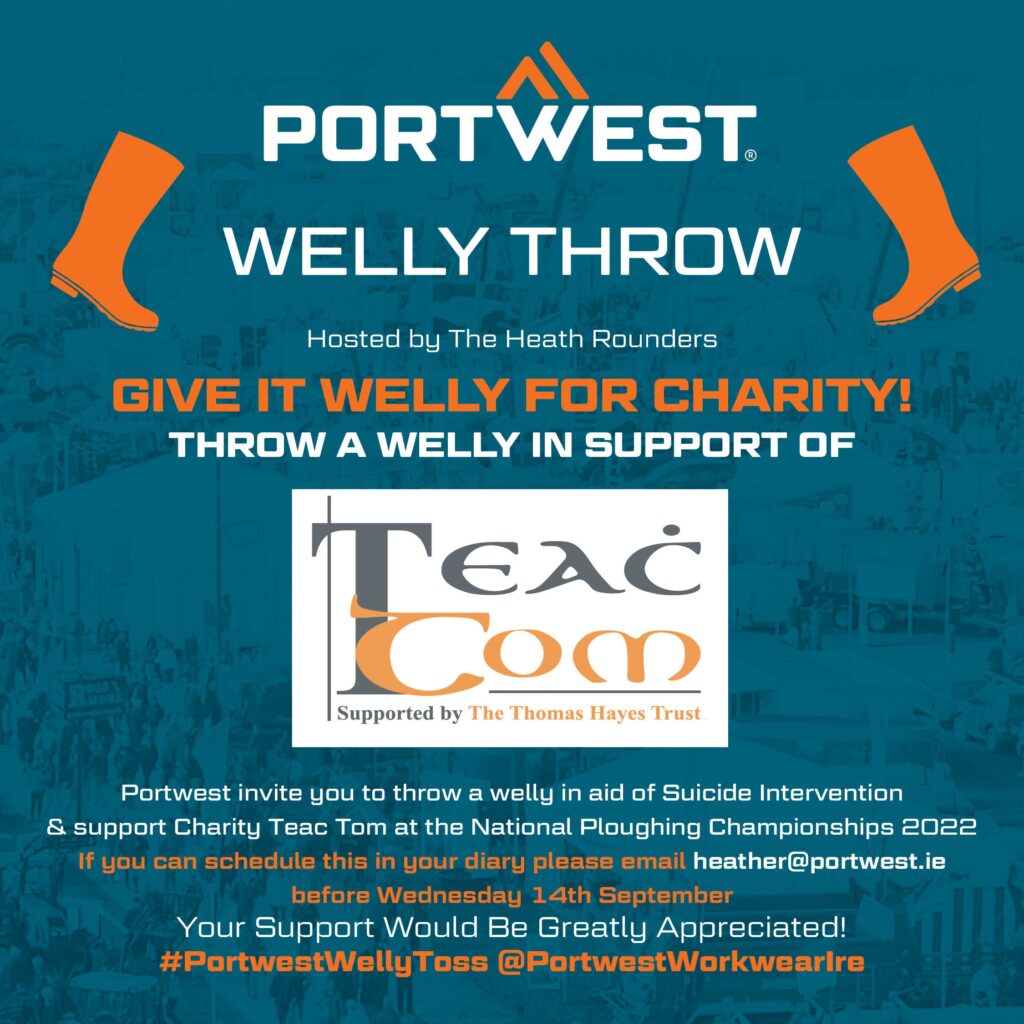